Newcastle has a long maritime history, but sadly part of that history includes a coastline that is now littered with numerous shipwrecks that cost many lives. But sometimes, the hardworking lifeboat crews and rocket brigades were able to save the lives of passengers and crew of ships wrecked on our coast. 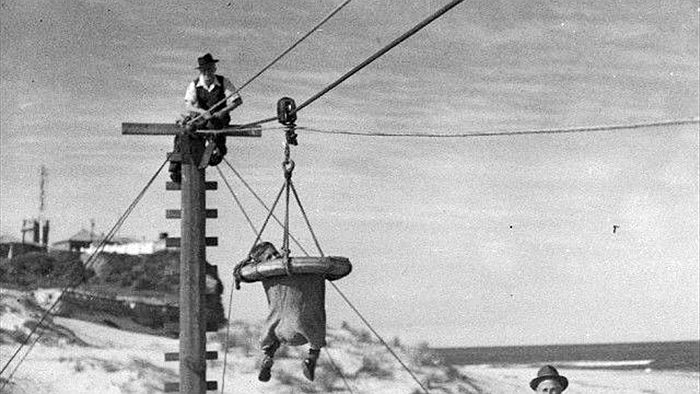 The Newcastle Rocket Brigades were in operation from 1866 until 1974, often working alongside the lifeboat crews, and were a crucial part of trying to save the lives of those on board vessels that foundered along our coast.

The job of the Rocket Brigade was to attach a line from the beach to a distressed vessel in order to enable a ‘breeches buoy’ or other device to be hauled to the ship and return passengers and crew safely to the shore.

“If the ships were too close to the shore, the lifeboats wouldn’t be able to get to them. So if a ship was beached but there was still so much water raging around them, people couldn’t get off safely.”

The Newcastle Lifeboat Service operated from 1838 until 1946, but the Rocket Brigade was still in service until 1974 and was last used on the Sygna. Indeed, one of my volunteers was trained around 1965.”

Deb Mastello says Newcastle was an incredibly difficult port, “It was so dangerous to come in here, especially before the breakwater was built. Ships that tried to come in between Nobbys and the mainland – that was just craziness.”

There are over 200 shipwrecks that are known of around our part of the coast and Deb assumes there are more, “They’re just the ones we know of. Who knows how many left and were never seen again. We have records of some of those.” 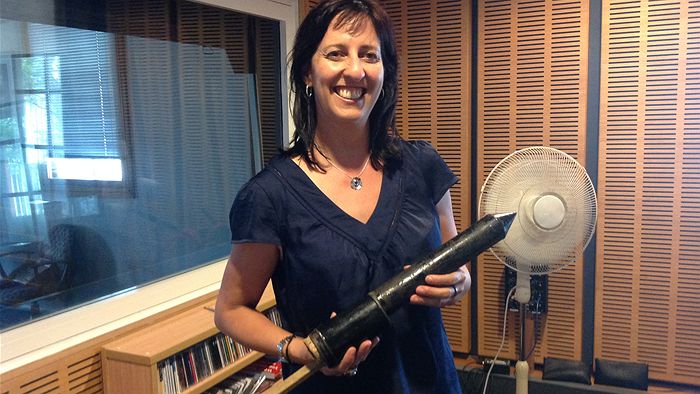 Many of our local beaches gained their names from shipwrecks, Susan Gilmore Beach at the northern end of Bar Beach is just one.

“The Susan Gilmore was coming north on the 4th of July in 1884. She ran into a bit of trouble and they tried to tow her in but the seas were too rough and it came ashore.”

“A couple of our steam tugs attempted to pull the Susan Gilmore off the beach but couldn’t do it, so the Rocket Brigade was called in to action.”

“Depending on which beach, they would have to pick up all of their equipment – it wasn’t just the rocket, it was stands, tripods and ropes – and they’d have to carry it all to the beach. If they were lucky they might have a cart they could use to load up and have the equipment horse-drawn to the beach, but they were probably exhausted by the time they got there.”

“Attached to the rocket was a light piece of rope and they’d have to fire it over the ship – bearing in mind they were dealing with storms and perhaps 100km per hour winds. All being well, the light rope would be secured to the ship and a heavier rope would be pulled from the beach up to the ship.”

“Then, a pulley would be pulled up and attached to that would be a ‘breeches buoy’ which was large lifering with a big canvas bag in it and two holes in the bottom for your legs. So you got into it and it was a sort of flying fox arrangement, in a storm in the middle of the night to the beach.”

“The wife of the Captain of the Susan Gilmore actually got dunked a couple of times but all people on board were rescued including two dogs, a cat and a canary.”

The rocket that Deb Mastello brought in from the Newcastle Maritime Centre collection came from the southern Rocket Brigade, there was another Rocket Brigade on Stockton, “Our rocket cart was also used down at Catherine Hill Bay.”

Some of the vessels attended by the rocket brigade 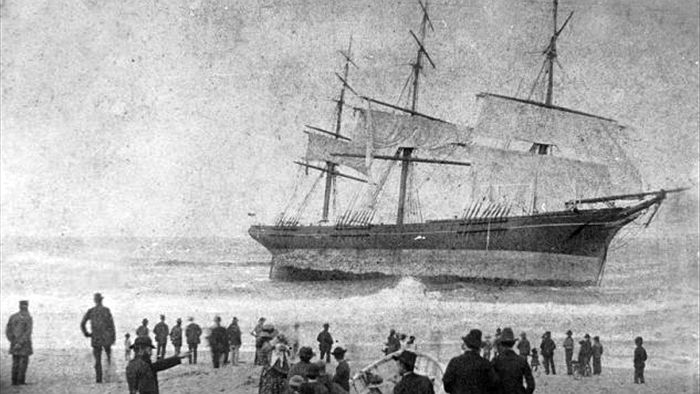 At 11pm on 4th July, 1884, the Susan Gilmore struck a short stretch of sand beyond a ring of rocks – Bar Beach. The seas were too rough for the lifeboat to venture near so the Rocket Brigade fired a line over the wreck, and with a breaches buoy hauled in the Captain’s wife and son, the some of the crew. All were saved.

On the night of 5th June, 1888, the weather was bad, seas enormous. The Berbice, heavily loaded, foundered near the present Stockton Surf Clubhouse. With seas pounding and waves sweeping over her, the Rocket Brigade went to assist. The first 2 rockets that were fired from the Rocket Cart missed the ship; a third went over the rigging where the crew sheltered. The rescue task was extremely perilous but all the crew was brought ashore in a breeches buoy, dragging each man through the raging surf to the safety of the beach.

Early in the morning of 27th December, 1895, the Barque Durisdeer, was wrecked off Stockton Beach. The tug’s towline parted near the heads and it is believed that the line fouled on one of the many wrecks in the area. In the early hours of the morning the brigades fired a line over the wreck and, despite all odds were successful in bringing all 18 crew members ashore. Captain Webster was the last to leave.

The collier Wallarah was wrecked in Catherine Hill Bay April, 1914. The Rocket Cart, drawn by four horses, left Stockton with eleven men to travel the twenty six miles through the bush of Charlestown and the rough country to the south. Upon arrival eleven men were already ashore, but the remaining six were rescued by rocket apparatus in less than half an hour. The Government employees were docked a day’s pay for being absent from work although they received sevenpence for brigade duty. 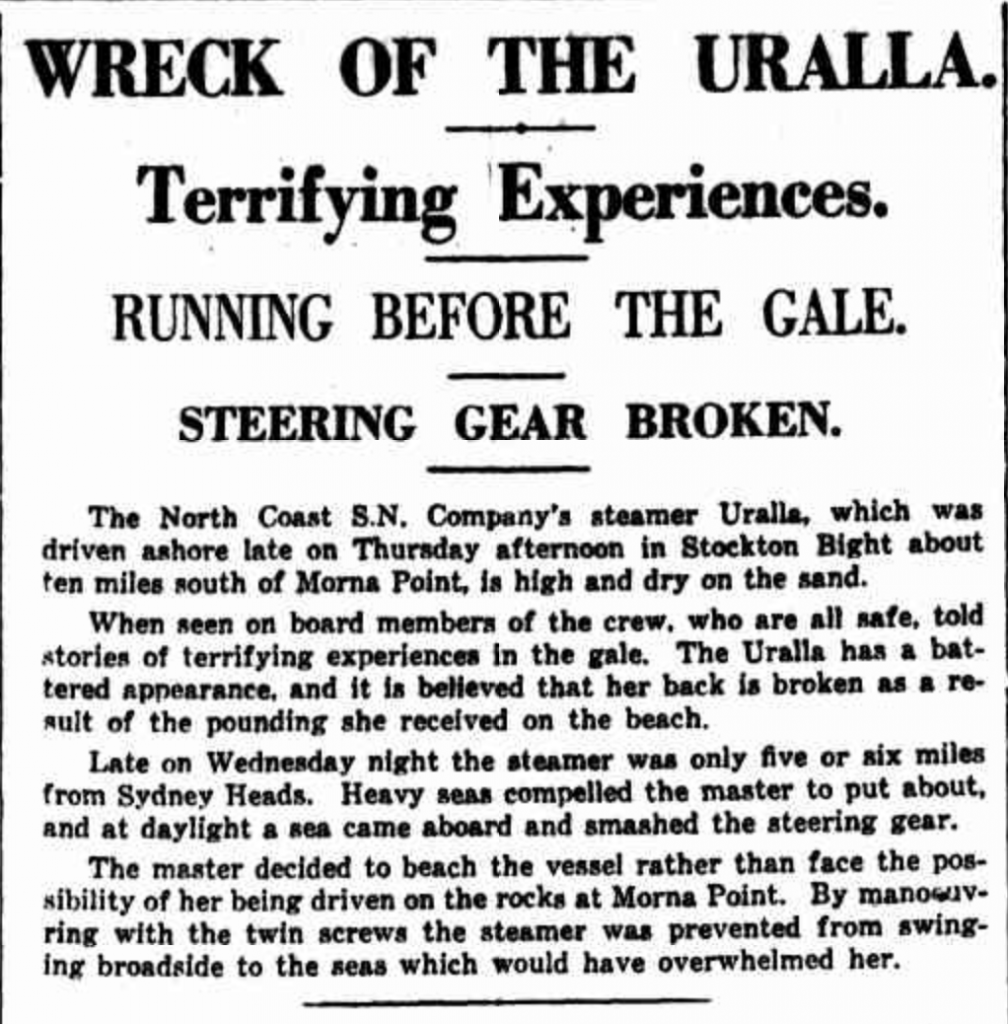 In June, 1928, the coastal steamer Uralla was caught in a storm damaging her steering. She ended up wrecked on Stockton Beach. The Rocket Brigade was called, but the crew was already safe. 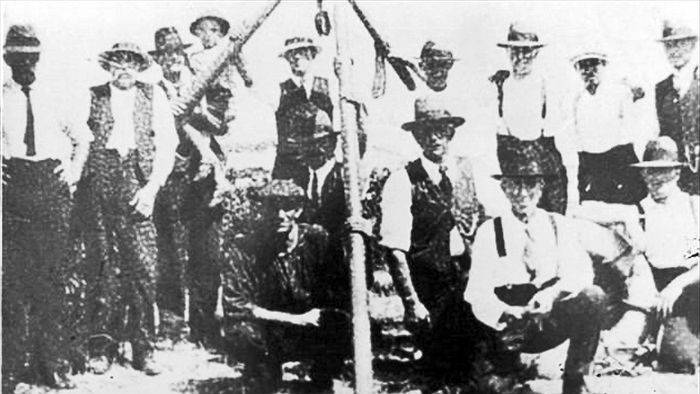 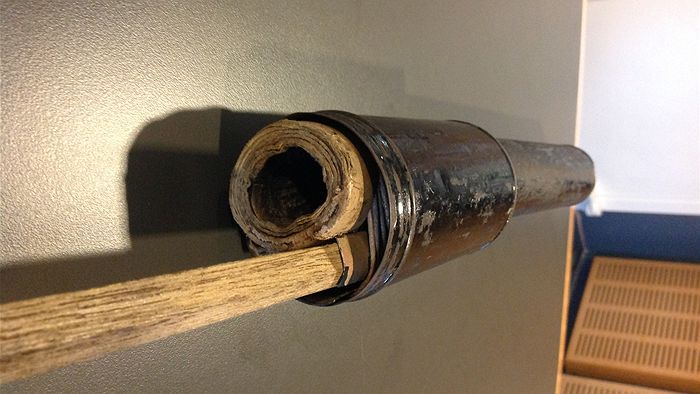 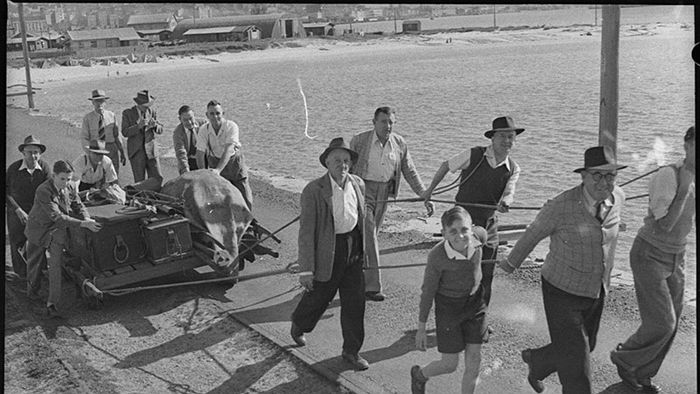