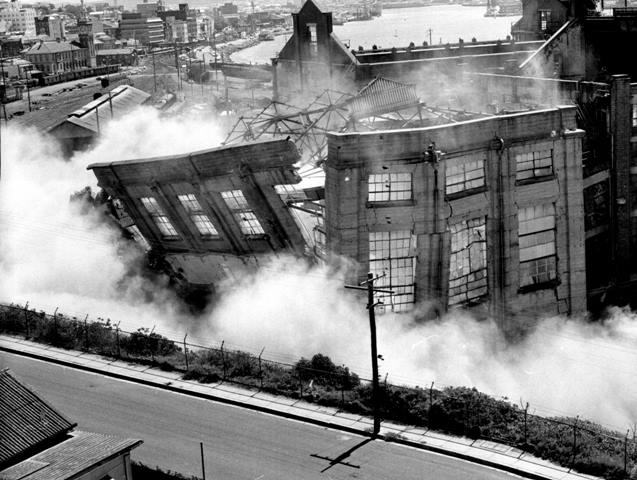 Zaara Street Power StationÂ was situated on Zaara Street, in the city ofÂ Newcastle, New South Wales, Australia. It was built to supply power for theÂ New South Wales Government RailwaysÂ (NSWGR) in 1915, when the first turbo-alternator of 2.5 megawatts was commissioned. The installation of additional plant in 1920 led to a generating capacity of 28.5 megawatts (MW).

Surplus capacity in the Railway Commissioner’s power grid was sold to municipal councils and other bodies responsible for the supply of electricity to the general public. Zaara Street Power Station was connected to the grid of the Electricity Supply Department of the Newcastle Borough Council in 1917, and supplied much of Newcastle’s electricity needs throughout the 1920s. Later known as the Newcastle Electricity Supply Council Administration (NESCA), the Newcastle Borough Council also operated a small power station with two alternators and a capacity of approximately 2.6 megawatts. Built in the 1890s, ‘NESCA’ Power Station was situated approximately one mile from Zaara Street, and closed in 1953.

Control of Zaara Street was transferred from the NSWGR to theÂ Electricity Commission of New South WalesÂ on 1 January 1953. The new entity continued to operate the power station until circa 1971.

Zaara Street Power Station was demolished in 1978, and all railway facilities in the vicinity were redeveloped into what is now known as The Foreshore. No traces of the power station have survived on the site.